Plant a tree in memory of Angela
An environmentally-friendly option 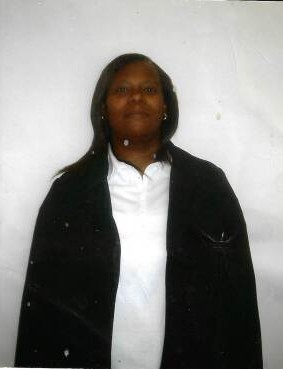 Angela Denise Conn was born in Cincinnati, Ohio to Reba Mae Keesee (Who proceeds her in death). She was raised in the church and taught about having a relationship with Christ. She accepted the Lord as her Savior as a child and was baptized in Southern Baptist Church.
Angie (as she was affectionately known) was introduced to karate in her early teens along with her brothers Vance Keesee & Eric Keesee (who proceeds her in death). She even took the interest further and enjoyed...

Angela Denise Conn was born in Cincinnati, Ohio to Reba Mae Keesee (Who proceeds her in death). She was raised in the church and taught about having a relationship with Christ. She accepted the Lord as her Savior as a child and was baptized in Southern Baptist Church.
Angie (as she was affectionately known) was introduced to karate in her early teens along with her brothers Vance Keesee & Eric Keesee (who proceeds her in death). She even took the interest further and enjoyed watching Bruce Lee & Five Element Ninjas. Once she learned the material safely she was always ready to defend herself or anyone who messed with someone she loved.
In 1986, she went into nursing. After having her first daughter, she knew she needed to support her and also take care of her great-grandmother. She would work 12 to 16 hr shifts to come home and take care of her child & great-grandmother Carrie Ransby ( who proceeds her in death). Angie worked at Glen Manor Nursing Home until 1994 when she had her second daughter. During that time she still tried to work private duty taking care of the elderly despite suffering double knee injuries in the nursing home. Her desire to take care of the elderly never ceased. Always feeling as though she had a stronger connection with them and adored hearing about their life experiences.
Angie joined Galilee Missionary Baptist in 2000 and later that year had her youngest daughter. In 2001 she joined the Progressive Club assisting in events or kitchen tasks as needed. Later on, in 2004, She joined the usher boards. It was in this ministry she felt she found her purpose. Always on the door to give a kind welcoming smile, a bulletin, and a special fan to those she knew had a preference. Angie made sure to pay attention to those walking in the church and would gently instruct them to sit down or stop with a smile and a hand motion. She always made sure the church bulletins were available and if they weren’t she would seek to find them and get them ready. She ushered with the children on the fourth Sunday also. Angie took joy in yearly crafts for Vacation Bible School, ready to sign up every time. She was one of the mothers to assist with the mime team ministry as well every Youth Sunday. Angie also became the candy lady to the children. Saying “ All children are her babies no matter how old they are”
She became a graduate in 2006-2008 at National College where she pursued a degree in Pharmacy Tech and started working part-time for Walgreens until 2010.
Angie’s most important job as she would say was being a mother to her three girls. She would plan movie nights which included pizza & Chinese food. This was followed by each daughter being able to pick out their own Disney movie to watch. She enjoyed going on field trips, planning sleepovers, and anything that involved being a part of ensuring her daughters were happy. Angie became a godmother five years ago to Tahri Bryant and she took the job very seriously. Spoiling her Goddaughter with love and affection.
She was a devoted mime mom from 2017 to 2019 as a team with her oldest daughter. Ensuring there were gloves, make-up, and the needed items for every event. She would also go to the YMCA as an active gym member with her gym buddies weekly.
In 2011, Angie’s daughter Carrielle Conn (who proceeds her in death) inspired her to aim for change. She felt this was her chance to make a difference so she joined the Citizens On Patrol in Avondale, wanting to prevent another parent from experiencing the loss of a child. Every year after Carrie’s death she would leave blue Christmas lights on in dedication.
Christmas was Angie’s favorite holiday and she loved to fully decorate the house bringing holiday cheer and warmth of the season.
Angie suffered a Pulmonary Embolism in 2018 and had to take medication to prevent any further clots. Dealing also with fibromyalgia & chronic knee pain she would still smile and make jokes. Never letting her pains take away from doing what she loved. She would usher, work out, cook, or take care of her babies in spite of being in pain. Whenever asked if she was going to rest she would say “I’m like a Timex, I take a licking, & Keep on Tickin” followed with a warm smile.
She was sick recently with Covid pneumonia for 24 days proving that she was the fighter she was known to be. Angie overcame much of the Dr’s doubts during this time. On Sept 1st, 2021 around her daughters & brother, God whispered to Angie “Well Done” and called his servant home. She is proceeded in death by a mother Reba Keesee, a brother Eric Keesee, & daughter Carrielle.
She leaves to cherish her memory two loving daughters Ashley & Destinee Conn. An adored goddaughter Tahri Bryant. Along with her beloved younger brother Vance Keesee, nieces  Endia, Erica & nephew Vance Keesee IV. A host of other Family & Friends, & Gym Buddies.
“Let all that you do in this life, be a reflection of the life you desire to live with Christ”
Angela Conn

Plant a tree in memory of Angela by clicking here.

Services are to be announced

Plant a tree in memory of Angela
An environmentally-friendly option

Plant a tree in memory of Angela

1 tree planted in memory of Angela

A Memorial Tree was planted for Angela Denise Conn

Plant a tree in memory of Angela